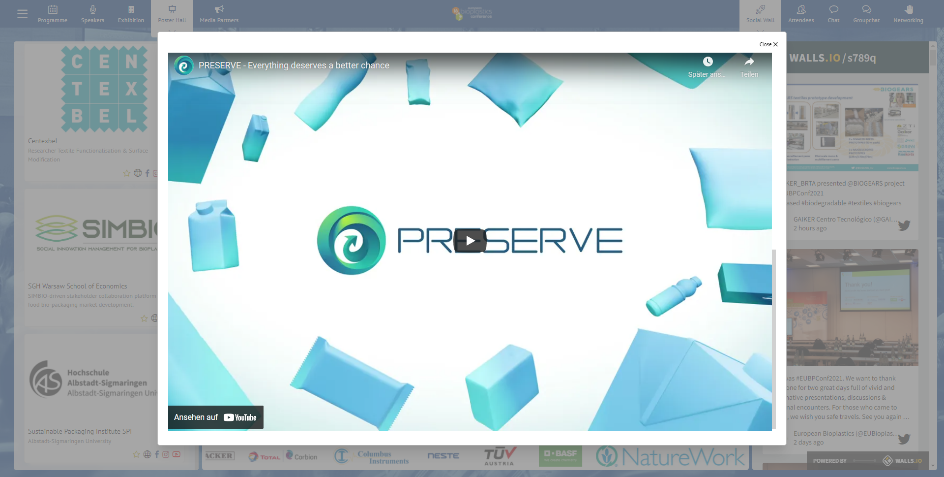 At the 16th annual European Bioplastics (EUBP) Conference, which took place from 30 November to 1 December in Berlin, industry experts discussed the role of bioplastics within the European Green Deal. The conference discussions confirmed that bioplastics make significant contributions to help achieve the European Union’s ambitious climate goals described in the EU strategy.

This year, EUBP held its conference in a hybrid format, attracting over 320 participants.

In his opening remarks, François de Bie, Chairman of European Bioplastics (EUBP), gave a clear answer to the overarching conference question about the role of bioplastics within the European Green Deal. “There are many fields of interaction between the European Commission’s Green Deal and bioplastics where our industry can make significant contributions towards helping achieve the European Union’s ambitious climate goals”, said de Bie. “Bioplastics are part of the solution needed to fix the issue that we have with plastics today”, he continued, referring to the challenges caused by plastic waste.

PRESERVE project was presented by the partner and scientific manager ASU in a poster titled "Nanoscale surface hydrophobization of whey protein based film", authored by Erik Sauter, Mara Strenger, Corina Reichert, Max Sturm and Max Schmidt. The poster also presented the research carried out by BIONTOP and BioSupPack projects.

We are professional and reliable provider since we offer customers the most powerful and beautiful themes. Besides, we always catch the latest technology and adapt to follow world’s new trends to deliver the best themes to the market.